Last January, I had the chance to review an online spanish program called Speekee.  Geared for elementary aged students, Speekee apparently captured the attention and the heart of my youngest, although I did not know it at the time.  In fact, last time we looked at it, I judged it "not a good fit" for our family because my older kids thought it was too young (they are beyond the target age), and my youngest, Sari, liked it a lot but would not rewatch episodes, so she was not really learning anything....

But it's amazing the difference a year and a half can make!  Now, Sari begs to watch Speekee every day.  She watched the first episode, El Parque, over and over and over.  It's good she watches with headphones on, or the rest of us might have gone batty!  She's watched other episodes too, don't get me wrong, but she really likes El Parque :-).

So what is Speekee?  It's an award winning online (or DVD, but they are PAL version) Spanish curriculum for children ages 2-10.  It's an immersion approach, meaning all they speak is Spanish, but captioning is available, so children who can read (and parents who don't speak Spanish at all) can see what the characters are saying.  To be fair, you can deduce what the characters are saying without the captioning, but the captioning allows students to see the written Spanish language as well.  The lessons feature Speekee, the purple puppet shown above, as well as sock puppets Lupi and Dino, as you can see below. 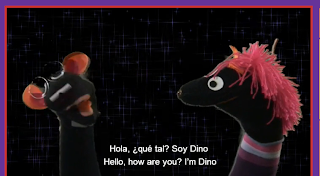 In addition to the puppets, native Spanish speaking children and an adult named Jim complete the cast.  Many important concepts or words are set to music.  The songs are catchy.  My daughter's favorite is the Adios song.  She walks around the house singing it all the time.  Because I've watched the videos (they are about 15-20 minutes long each) and seen the captioning, I can correct her if she's saying an incorrect word, even though I've never studied Spanish.  There are 10 videos, and using Speekee's lesson plans, it would cover 40 weeks of 4-day-a-week lessons.  Speekee has a free two week trial, and after that it costs $7.50 a month, or $60 for a year.

The pros:  The first time I reviewed Speekee, as I said, my daughter would not rewatch episodes with any regularity, and that kept her from really learning.  Now, she watches them over and over, and I have seen (and heard) her begin to pick up the language.  I love that the videos teach practical, every day vocabulary- words pertaining to the house, the store, the park, etc.  Colors and numbers are also taught.  And as I mentioned above, the fact that much of the learning is put into memorable songs definitely helps to make the program successful.  But the biggest pro is a feature they did not offer at the time of my last review:  the FastTrack.  Speekee's FastTrack is a 40 week lesson plan already done for you.  All the worksheets and flashcards you need are there to be printed at the click of a button.  Below you can see an example of weeks one and two: 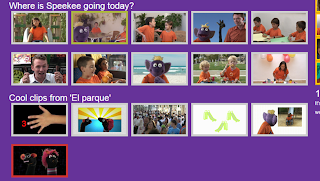 The cons:  I really don't have any, but in case it matters to anyone out there, Speekee teaches the kind of Spanish that people in Spain speak, not the dialects of Latin America or Mexico.  Yes, fundamentally, the language is the same, but some pronunciations are different.  And yes, I'm sure there is a fancy name for each of those dialects, but I don't know them because I never took Spanish.  I just know the Speekee teaches the Spain kind of Spanish :-).

The bottom line:  With the addition of FactTrack, I think Speekee has really become a full Spanish curriculum for elementary students.  And my daughter has already declared that she fully intends to keep using Speekee every day, so that's probably the biggest complement any curriculum gets around here.  I'd highly encourage you to check out Speekee, especially with a free two week trial.  Pretty soon, I'm sure you'll be saying, "Me gusta"!

To sign up for Speekee's online program, visit their website.  To see what my fellow Crewmates thought, visit the Schoolhouse Review Crew blog.

Legal Disclaimer:  As a member of the Crew, I received free access to Speekee for the purpose of offering my honest review.  All opinions expressed are my own.

Kate said…
I loved your humor and solid detail in this review! I really understood how the program worked.

Jim said…
Hola Oneblessedmama, This is Jim from Speekee checking in to say a big GRACIAS for your review. Much appreciated!
September 27, 2012 at 11:48 AM 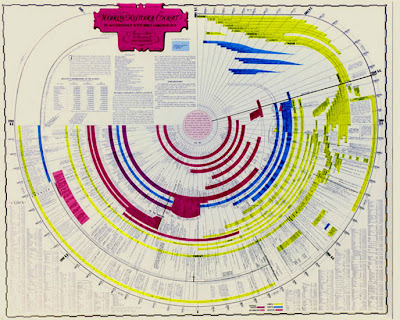 oneblessedmamma
Welcome! I love the Lord my God with all my heart, mind, soul, and strength. He has blessed me with a wonderful husband and four amazing children. God has called me to be a homeschooling mom and we can't imagine life any other way. For five and a half years, I've was blessed to review for The Old Schoolhouse and for Mosaic Reviews. Then we moved, three of my children have graduated, and the reviews have largely tapered off. But I'm still here, and still homeschooling my youngest through her final years of high school. 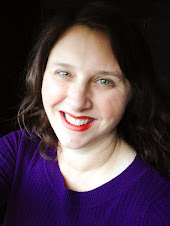 Thanks for stopping by and (hopefully) reading a bit! Easy links to my reviews are listed alphabetically below.

All photography copyrighted One Blessed Mamma 2019

We love All About Spelling-it's painless, it's fun, and it WORKS! We LOVE All About Reading. Click below to see why! Click here to read about 5 Days of Theme Park Schooling